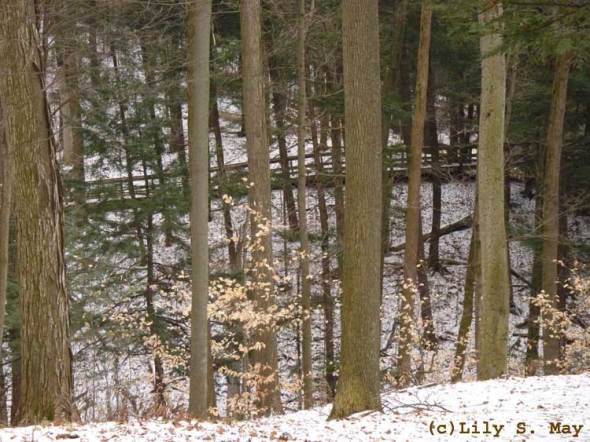 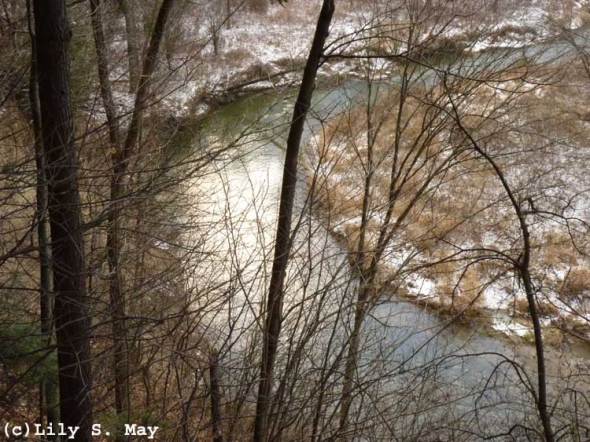 The crowd in Alexandra Park for Winter Solstice, Toronto, 2012

Tonight I went with friends to the Kensington Market Winter Solstice Parade.  This year, because of the rain and drizzle, there ended up being no parade that we could see.  There were people wandering about with wonderful handmade lanterns wondering what was happening until word spread to head over to Alexandra Park.  There, we came upon a lively band and were in time to see a huge bonfire and, perhaps, acrobats twirling flames.  I say perhaps, because all three of us ranged from very short—me—to moderately so and could barely see over the throngs of people.  However, I caught glimpses of the roaring fire and sparks and had a fine unobstructed view of nearby trees lit from below by the intense orange light.  Though soggy, this was an enjoyable, abbreviated celebration marking the longest night of the year and ushering in the return of light.

On this, another day of grey skies in Toronto, I have returned to memories of the Rocky Mountains in September.  One of my favourite places was 30 kms south of Jasper, Alberta, off the Icefields Parkway—Athabasca Falls.  We went there twice, the second time on a day when we were not exhausted by beauty and could take leisurely time there. 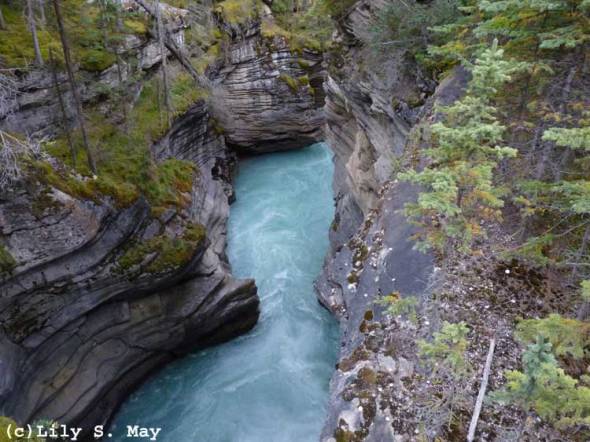 Here’s a few photos of the rocks and the water that has shaped them over time.  A wonderful and healing tonic!

Through the Train Window

Grasses by the GO Railway Tracks, east of Toronto, December 2012

I took the GO Train out of Toronto this past weekend, heading a little east.  As always, I enjoy the wild, overgrown places you can often see by railroad tracks.  I focus on them in the sterile-looking parts of the journey.  In the same way, I look for trees and bushes interspersed among uniform suburban developments, bleak factories and storage bunkers.

Gulls in a parking lot at a GO station east of Toronto, December 2012

Through the train’s window, I saw these plus ring billed gulls resting in a station’s empty parking lot and views of Lake Ontario with waves rolling in on the wind.

Through the GO train window near the Rouge Hill Station, Dec. 2012

I’ve taken to photographing trees and shrubs at times while the train is moving.  I enjoy the resulting blurred images that are often surprising. 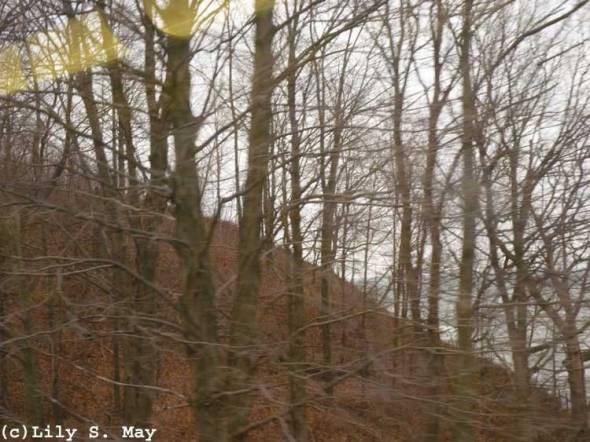 As the train pulls out of the Rouge Hill Station, a photograph of trees near Lake Ontario, Dec. 2012

The photos here show the cloudy day it was, filled with the muted colours often associated with melancholy, while softly holding the season. 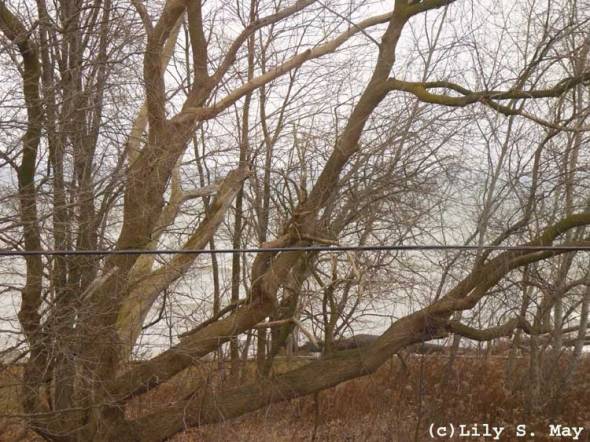