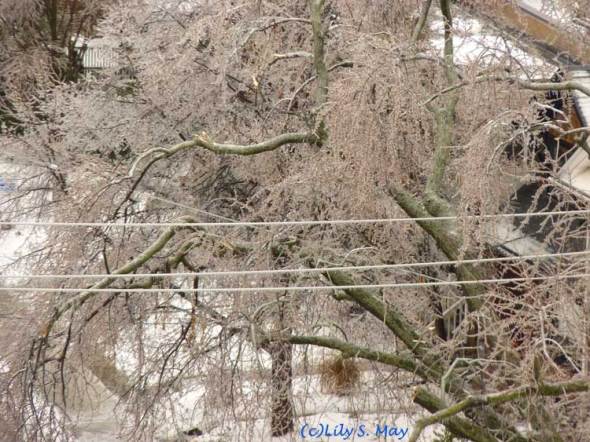 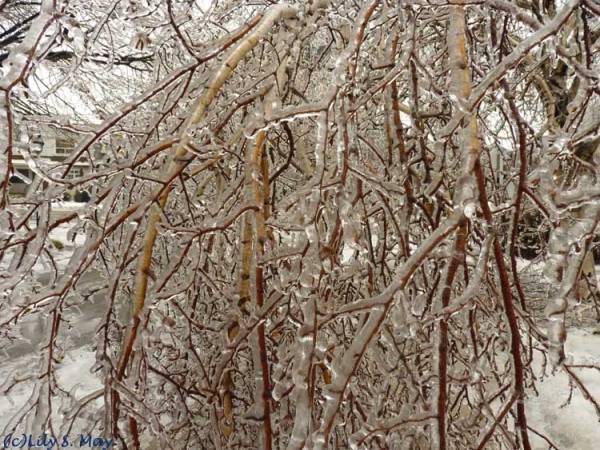 We had a freezing rain storm in Toronto that began gradually on Friday the 20th and continued until Sunday the 22nd. The storm spread east and included much of southern Ontario, Quebec and the Maritime Provinces. In Toronto, the largest amount of freezing rain fell over the early hours of Sunday, which is when around 300,000 people lost electricity.  We were two of those people.  The light and heat went out well before dawn on Sunday and our power wasn’t restored until Tuesday early afternoon. This morning I heard that another 50,000 people in Toronto were still in the dark and cold. There’s also tens of thousands in the same boat elsewhere in Ontario and the East Coast. 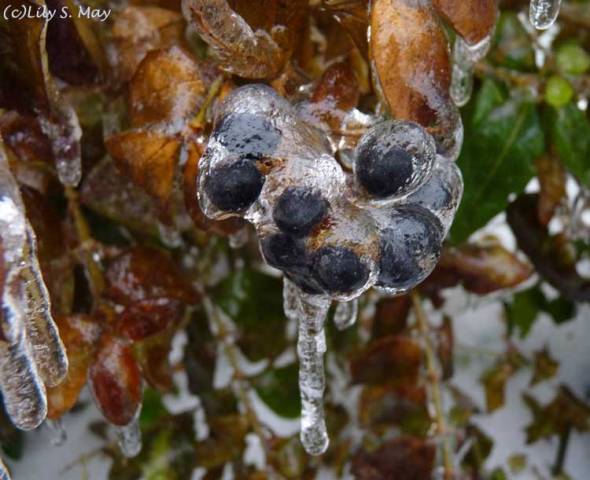 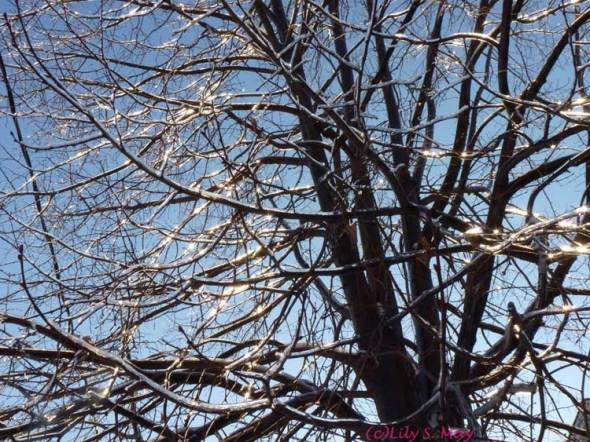 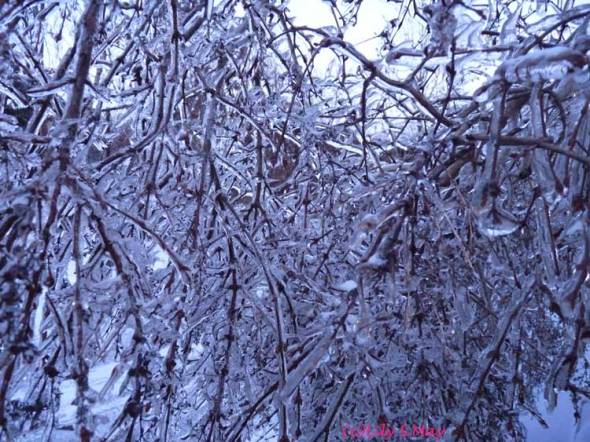 Snow Through the Window

We got our first snow of the season on the weekend.  Here’s a scene through the window that I took today. 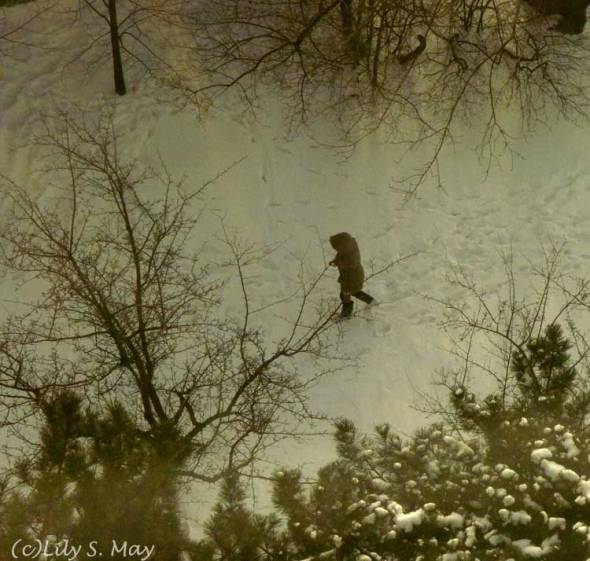 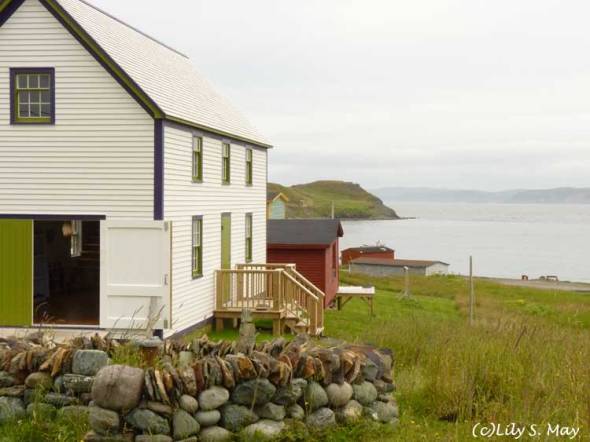 Here’s two views of the English Harbour Arts Centre that we visited last August while in Newfoundland.  It was wonderful seeing such positive human endeavours in this setting of beauty by the ocean.  The stones you see in the foreground are part of a spiral dry stone wall, created during a workshop at the Centre. 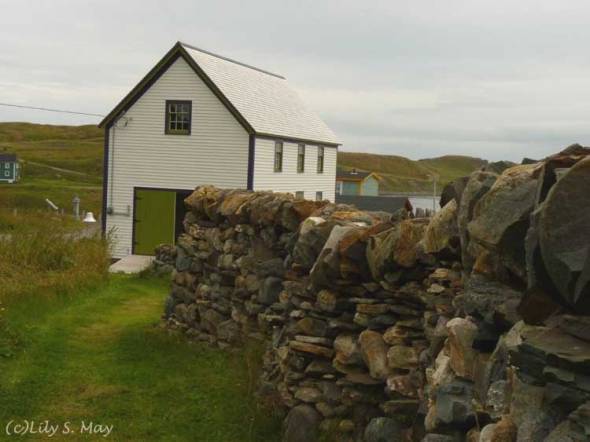 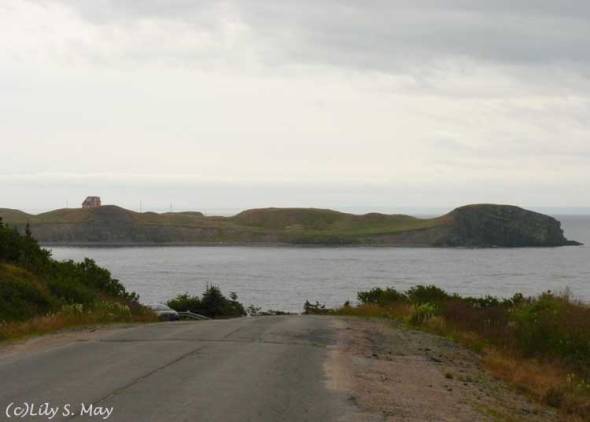 English Harbour is a tiny village in Newfoundland on the ocean.  It’s on the Bonavista Peninsula not far from the town of Trinity.  While driving toward Port Union this past August, I noticed a sign pointing to the English Harbour Arts Centre.  I decided to turn off the main road to the village, which we found to be a lovely surprise and yet another very beautiful place. I’ll post some photos later of the Arts Centre itself, either on this blog or my art blog. 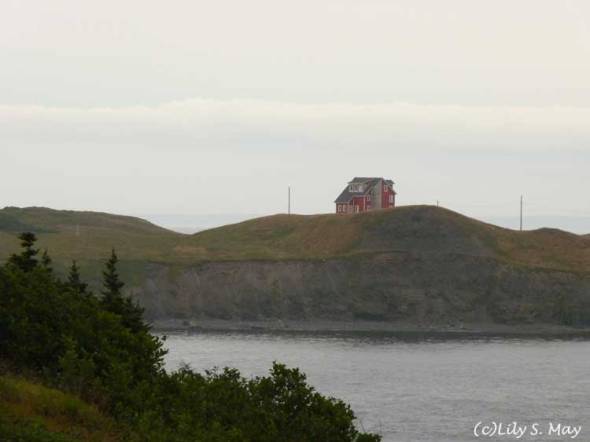 The Tsunami and the Cherry Blossom

On the weekend, we went to see a documentary about Tokyo and its huge crow population. Before it was aired, a short documentary was shown that we hadn’t realized we’d be seeing.  It was The Tsunami and the Cherry Blossom.  This was an extremely moving film about the terrifying tsunami that hit Japan on March 11, 2011. There was footage of the water coming in and wiping out a town below as people stood helpless on a hill looking down at the disaster.

Survivors spoke about their tremendous grief and shock at what they had witnessed. Because this tragedy occurred in the spring, the cherry trees, which are greatly appreciated in Japan, soon came into blossom. Some bloomed abundantly in areas that had not been touched by the tsunami.  And some managed to survive amidst wreckage. There were scenes of huge areas full of flattened houses and buildings that had collapsed on still missing people, wrecked and upside down cars, human belongings broken and strewn in chaotic jumbles with a tree here and there beginning to send forth these exquisite pink or white flowers.

The survivors spoke of taking comfort from the cherry blossoms. Their statements were not empty platitudes but seemed to be genuine expressions of being touched by the blossoms.  The trees’ beauty, their ability to send forth flowers after such a catastrophe gave some of the survivors the feeling that they too could continue living.