A Surprise Visit from a Cormorant

We had a surprising and humorous encounter with a cormorant on a recent visit to the Bruce Peninsula in Ontario. Shortly after pulling out of a parking spot in the town of Lion’s Head, we heard a loud sound coming from the back of the car. We couldn’t figure out what this was and thought that perhaps something was rolling around in the trunk.  However, when the sound returned 2 or 3 more times, I turned around in the passenger seat to see if the trunk was unlatched. There, looking back at me from the rear of the car, was a cormorant.  We quickly pulled over to the side of the street and got out, hoping the bird wasn’t injured in some way. S/he seemed fine–no wings held at odd angles or other obvious problems that might explain why s/he had landed on the car. So this remains a mystery to us. After looking at us for a few seconds, the cormorant hopped onto the side of the road. A man heading the other way stopped to tell us he’d been amazed to see the bird land on our car. Thankfully, Lion’s Head is a small place where other vehicles had a chance to slow down or stop to make sure they didn’t hit the bird. 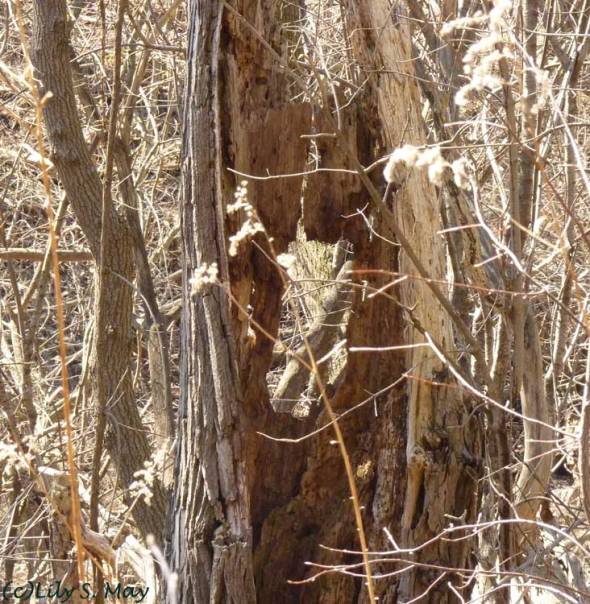 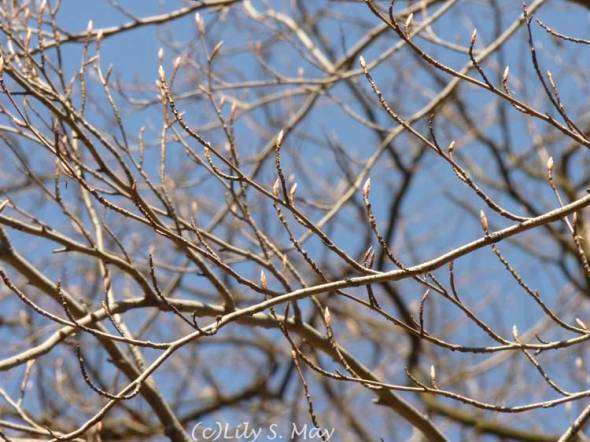 A Past Winter Scene

Here’s a photograph I took in 2009 of birds, trees and the houses across a laneway. I think I’ve mentioned before that in winter when colours are more muted I look to the shapes of bare branches for beauty in the city. 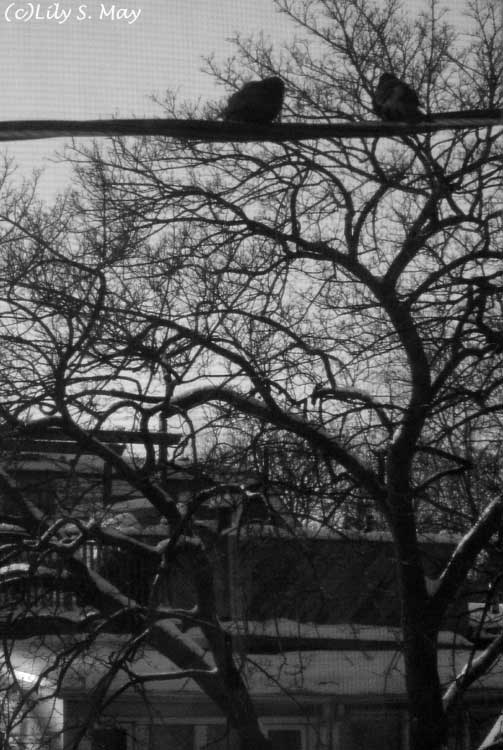 From the window, January 2009, Toronto

The other day I was viewing photos I had taken around a year ago to see what winter was looking like then. I came upon this image of pigeons on electrical wires on a grey day. They congregate near a tiny park outside a subway station in Toronto. I love these birds. They are a familiar and often undervalued sight in the city. But I enjoy seeing them on my walks, being careful, however, not to walk directly underneath them!

Pigeons on the wires, December 2012, Toronto

In August we went to the Ecological Reserve at Cape St. Mary’s in Newfoundland. This was the most intense and positive experience of nature I have ever had.  It shocks me to even be able to narrow down all the wonderful experiences in nature that I have had, but there it is. It was an extremely windy day, as I gather it usually is. Fog is also very common here. We saw it dissipating over the water as we walked over the barren’s grass, past grazing sheep, near orange stakes that guided us and kept us from venturing too close to the cliffs. 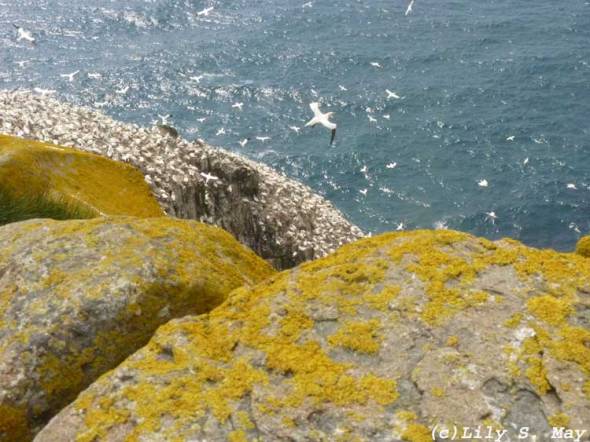 This reserve is known for its spectacular views of seabirds who nest on Bird Rock, 10 – 20 metres from the viewing area which is the edge of a cliff.  The majority of the birds we saw were northern gannets, but we also saw black-legged kittiwakes and other visitors saw murres.  There are over 50,000 birds nesting at the reserve–an amazing sight as they flew with grace near us or sat on the rocks with their young.

The entire site is beautiful in a haunting way, what with the fog, 100 metre high cliffs descending to the ocean, the lighthouse in the distance and fog horn sounding.  I also enjoyed the nearly level walk to Bird Rock with grass and low lying plants stretching out before us. It reminded me a bit of the prairies. 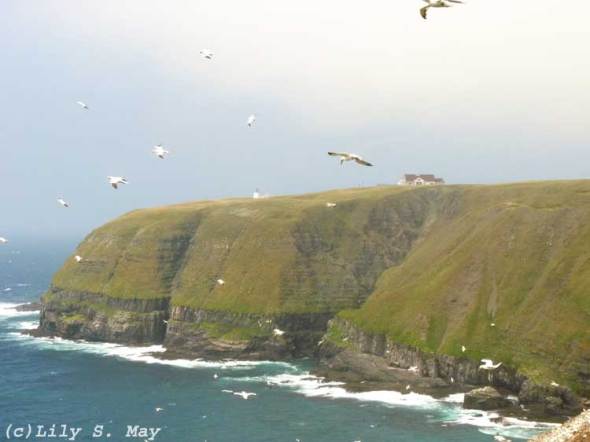 Looking back at the Interpretive Centre and Light House, Cape St. Mary’s, August 2013

Here’s another bird, a more common mallard. Still, she was delightful to see earlier this summer on the Cyprus Lake Trail in Bruce Peninsula National Park.  I see many mallards in the city and enjoyed seeing their countryside relative. 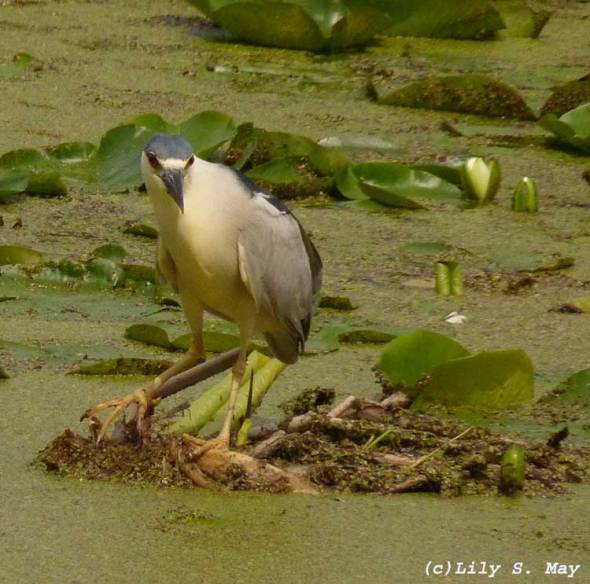