A glorious sight this morning: the sun on orange gold trees. 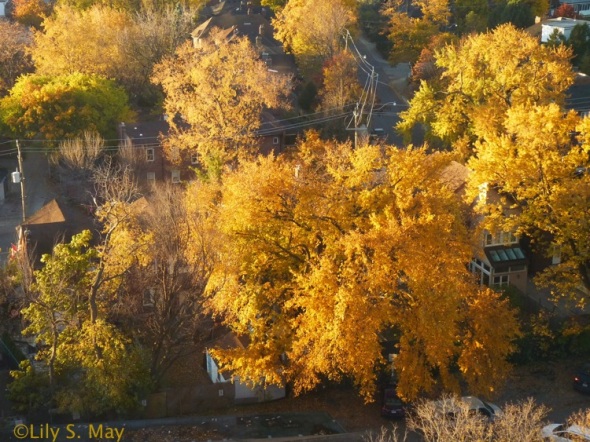 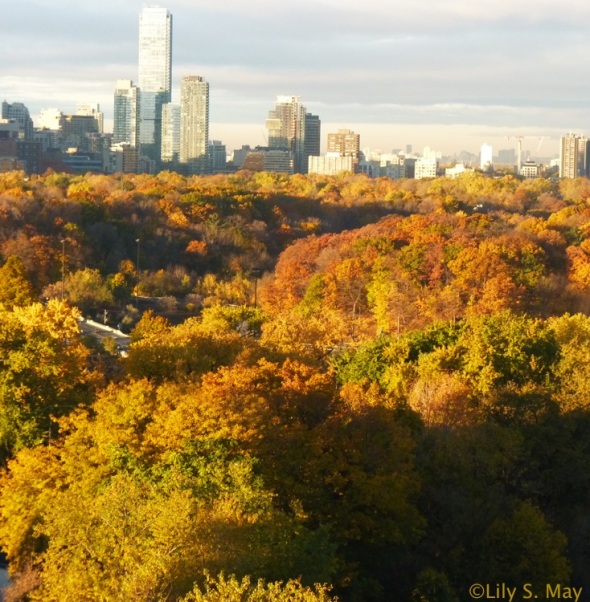 The gold and orange leaves are vivid in the ravines and streets of Toronto right now. They led me to these photos I took in 2012 at Arrowhead Provincial Park near Huntsville, Ontario.  It’s a small park, but that didn’t dim its beauty when we were there a few Octobers ago. 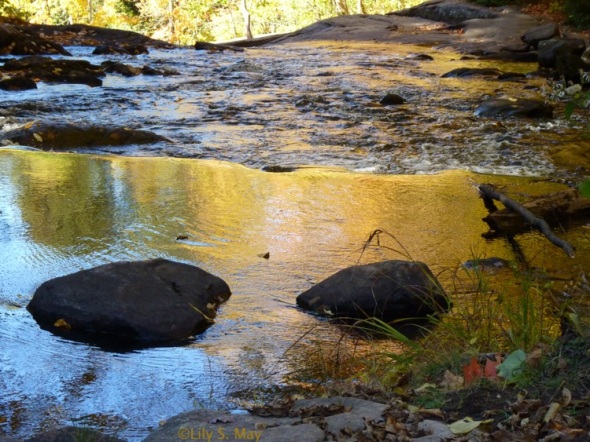 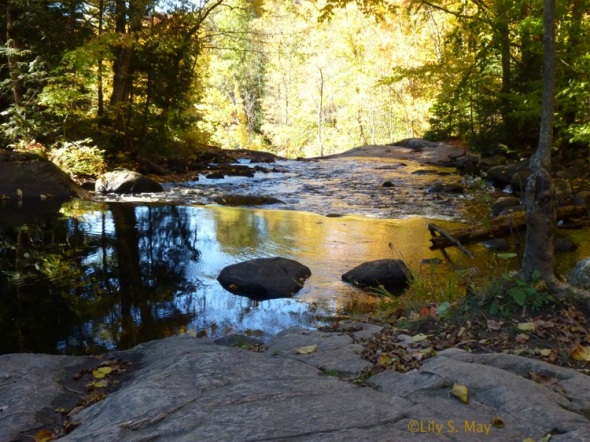 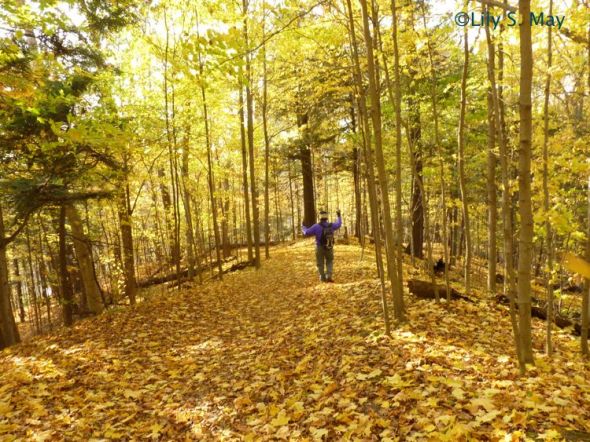 It’s been an eventful summer. A few weeks ago my mother died. She was extremely old, but surprised us all by getting a fever one day and dying the next. I hadn’t been posting here that much before her death and now I think I will officially take a break. Thank you to everyone who’s read and viewed my posts and followed this blog. I’m still enjoying the natural world–both in the city and in the countryside. I looked through some of my photos and have selected this one from Saskatchewan when I was last there in 2011. All the best to you, nature lovers.

You’ve likely heard that bees are dying in alarming numbers.  Much of this has been traced to Neonicitinoid pesticides. Here’s a satirical look at a very serious problem that affects not only the bees but all animals who eat. Put out yesterday by the Sierra Club of Canada: Finally! Some good news for the bees… | Sierra Club Canada 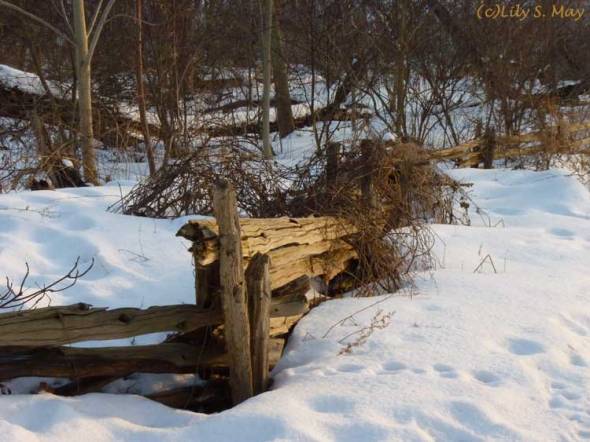 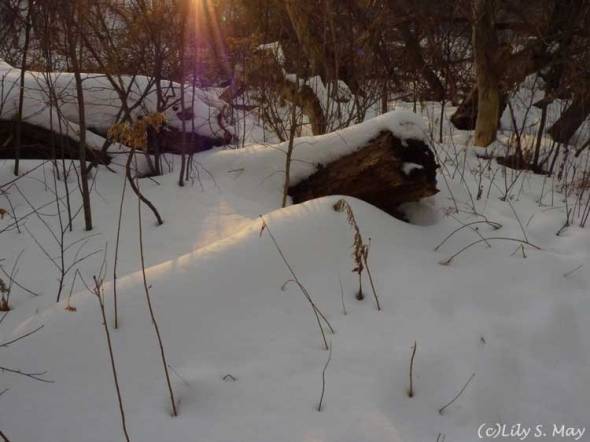 We’re back to a cold snap in Toronto–around -20°C–which is cold for the city. Here’s two views of a window with beautiful ice crystals this morning. 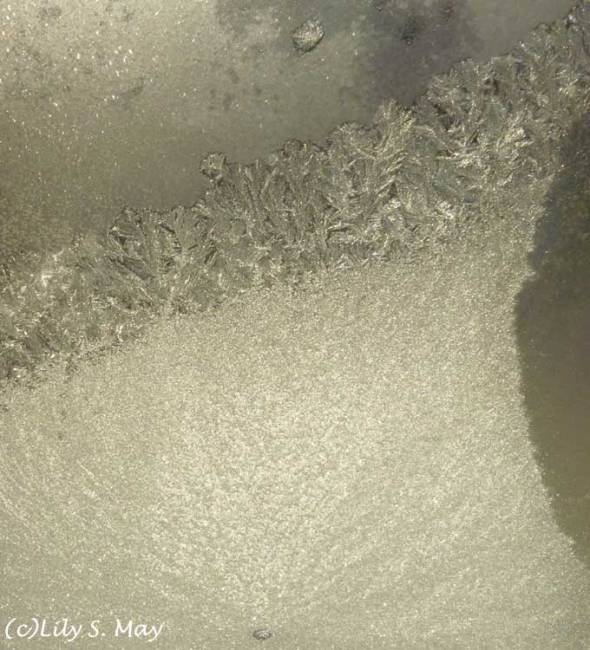 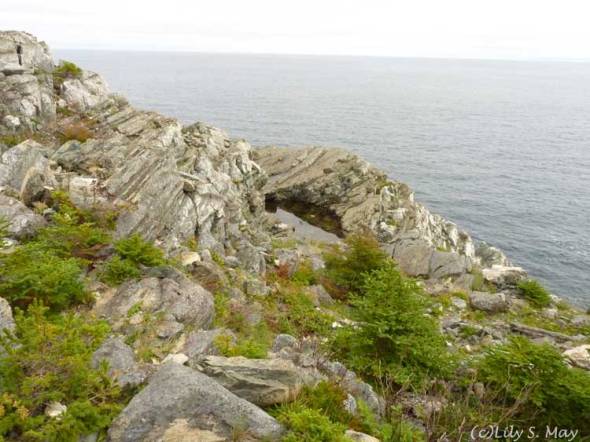 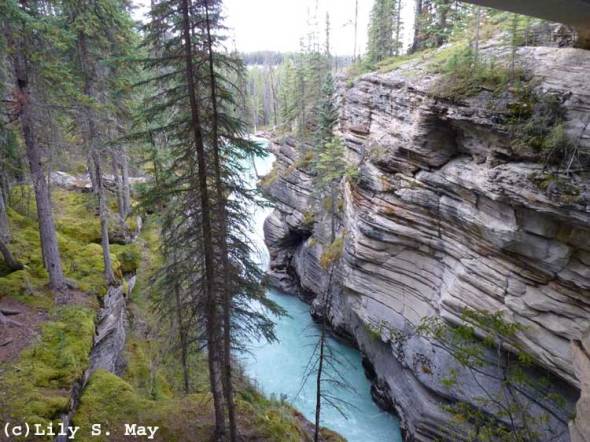