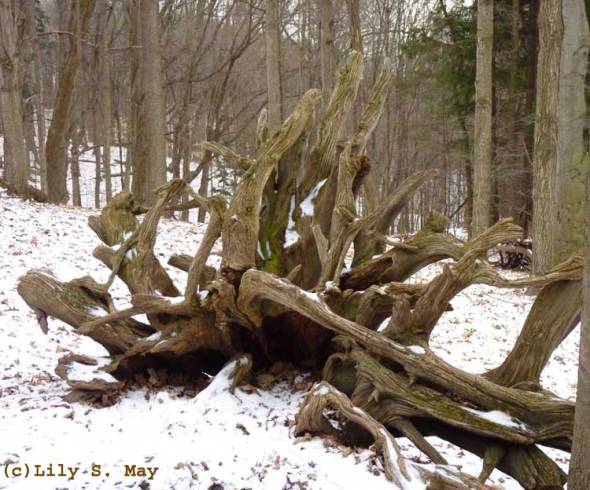 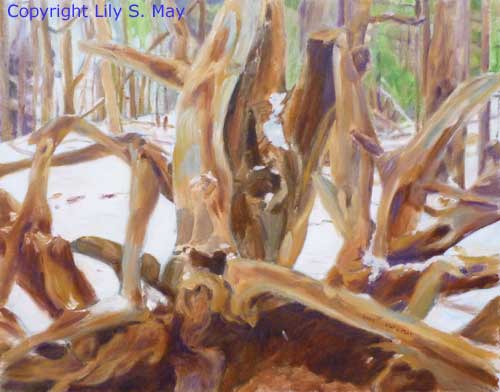 I’ll be adding many more posts about my time in the Canadian Rockies.  I think of the mountains every day and miss them.  Meanwhile, in Toronto it’s autumn.  The turning leaves are beautiful and bring me solace as I travel around the city. 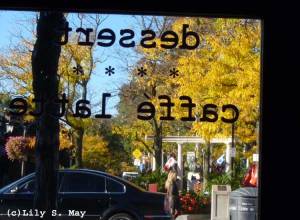 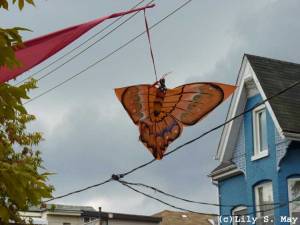 Today, it was very warm and sunny.  I returned to the Brick Works—passing milkweed in luminous seed by the railway tracks.  Other people strolled about on this lovely day and I spoke to a woman who had seen eastern bluebirds at the Brick Works yesterday. 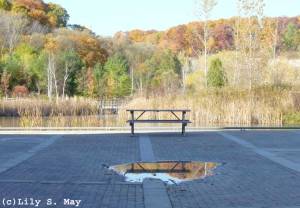 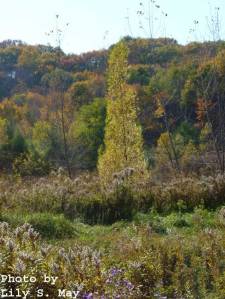 I saw and heard red winged blackbirds, chickadees and mallards.  Also, I heard what I believe were finches or warblers of some sort.

Chickadee at the Brick Works in Toronto, Oct. 2012

And at the Brick Works, I read a sign about the geology of the land here.  It was good to relate my new found interest to the land close to home.  And to contemplate, as I had in the west, that we live off of life much older than ourselves.

The rock of this west quarry wall is shale with harder layers of silty limestone.  It originated in a tropical sea around 448 million years ago.  If you look closely you may see some fossils…The presence of easily accessible shale made this site valuable as a brick making operation. 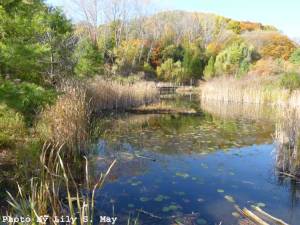 Autumn on a warm day at the Brick Works in Toronto, Oct. 2012

Autumn in the Parks

Before writing about the time we spent in the Rockies, here’s a side trip to Algonquin and Arrowhead Provincial Parks in Ontario.  I travelled north this past weekend to see the fall colours.  The oranges, reds and yellows were at their peak contrasting with pale greens and the deeper green of conifers.  We hiked in Algonquin Park, coming upon other nature lovers, among them families with young children.  As before, we were gladdened to see parents introducing their children to nature. 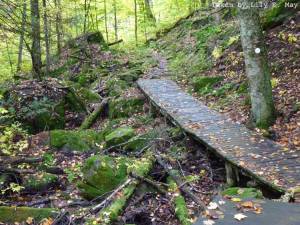 Saturday and Sunday were cloudy and cool, but the rain held off until late afternoon each day when we had just finished our hikes on the Hemlock Bluffs and Bat Lake trails.  I felt blessed to be among the trees and rocks, by lakes and streams. 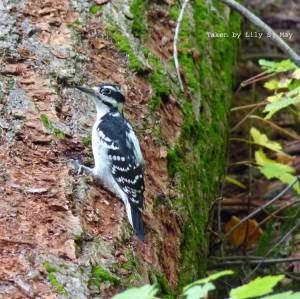 We saw chipmunks, many chickadees, blue jays, hairy woodpeckers and a great grey owl on Sunday.  This we found in the comical way we often do in parks.  We came upon a large crowd of people pulled over by the roadway, with their telescopic lenses and smaller cameras all looking intently off to the side.  We thought we’d see a moose when we joined them, but no, this was a much rarer sighting we were told.  I had never seen an owl in the wild and was happy to see this bird who rewarded us at one point by spreading his or her huge wings and floating out of the tree toward the ground, perhaps in search of prey.

Our last day, Monday, we spent at quiet Arrowhead Park, taking a gentle walk to and from Stubb’s Falls.  Monday was sunny and warmer than the weekend.  We walked among the bright trees and onto boulders at the side of the falls.  The deep colours, loud rushing water and the reflections in the river were a tonic and a joy to see before returning to the highways and the different rushing of Toronto.