On a Warm November Day

This past Sunday, Remembrance Day, was an unseasonably warm day of 18 degrees Celsius in Toronto–a record breaker.  To take advantage of the warmth, in the afternoon we went to The Evergreen Brick Works.  We walked along the railroad tracks, past milkweed and thistles and a disheartening array of tires dumped there.

On the way to the Brick Works, we passed tires dumped near the railroad tracks, Nov. 11, 2012, Toronto

At the Brick Works, we found that many people had the same idea as us and were strolling around the grounds and enjoying the day.  The colours are now soft—mostly muted browns, beiges, yellows and greens. 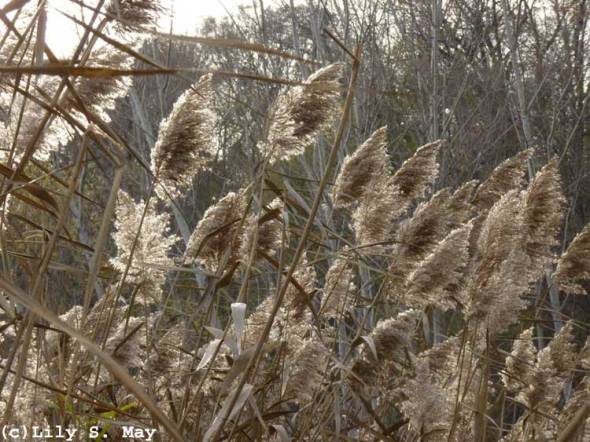 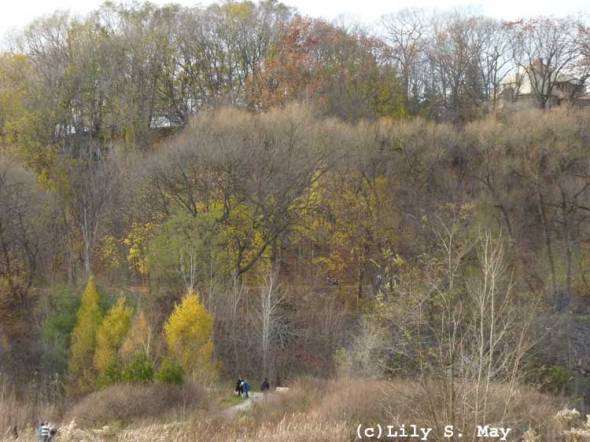 A warm November 11th at the Evergreen Brick Works, Toronto, 2012

At the North Slope of this once quarry was a Toronto Parks and Recreation sign noting the geology of the slope that reveals evidence of several ages of ice alternating with warm periods.   The sign reads as follows:

-The North Slope is a geological feature of international significance.

-Professor A. P. Coleman, a world-renowned Toronto geologist, first identified the significance of this slope in 1894. 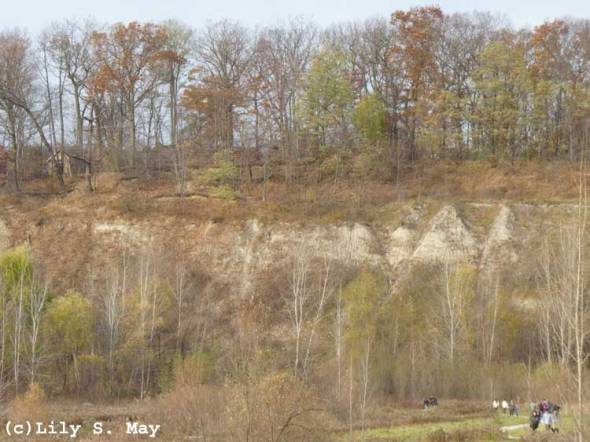 There’s also a drawing on the sign indicating the age of the deposits that make up the North Slope.  These range from the bedrock which is 448 million years old, to deposits over 135,000 years old and lastly to the most recent ones in the top layer which accumulated 13,000 – 50,000 years ago.  I like to contemplate life from this other perspective—it certainly helps with a feeling a humility. 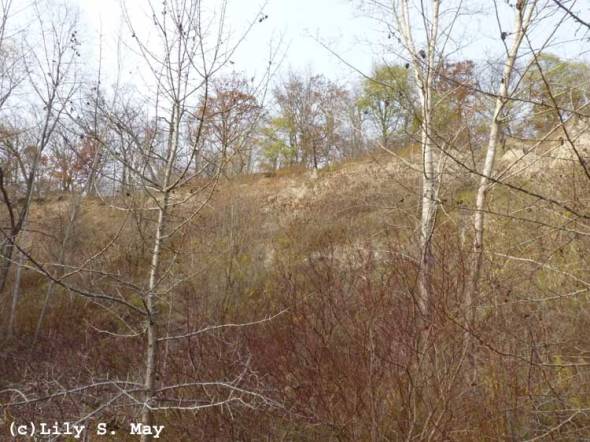 How Lake Louise & Johnston Canyon Came to Be 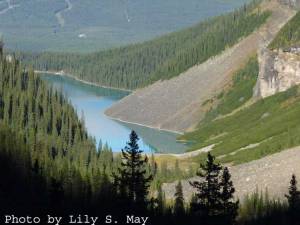 I’ve mentioned before that being in the Rockies awakened in me an interest in geology and earth history.  As I travelled, I wanted to learn how the mountains, lakes and canyons were formed.  Here’s a small bit of what I’ve gathered about Lake Louise and Johnston Canyon.

Near the end of our travels, I bought a book to help in my learning called How Old is that Mountain by Chris Yorath.  From that book I’ve learned that Lake Louise may be a tarn.  And for those of you who have never heard of a tarn, as I had not until a short while ago,  it’s a lake that has formed at the base of a steeply walled recess—shaped like a deep bowl—on the side of a mountain.  These deep recesses are called cirques and are formed by mountain glaciers eroding the mountain’s rock.

In the case of Lake Louise, it’s possible that when the glacier on Mt. Victoria was much larger it carved Lake Louise’s basin.  This may have happened around 25,000 years ago. 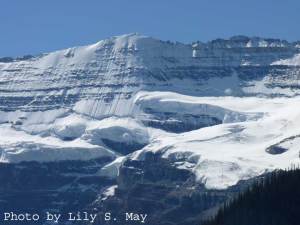 Glacier Above Lake Louise, Sept. 2012–I believe this is Mt. Victoria Glacier

Here, the huge lengths of time geology deals with need to be put in terms that our minds can comprehend.  In geological terms, 25,000 years ago is very recent.  For example, scientists estimate that the earth was formed around four and a half billion years ago and that our human ancestors arrived around 3 million years ago.

To help us, Chris Yorath includes the following analogy.  If we imagine the entire history of the earth as a 24 hour clock, the creation of the planet would be at midnight—00:00.  And the appearance of humans would not be until well past 23:00 hours, at one minute and a few seconds before the following midnight.  This has certainly given me pause for reflection and helps me grasp that Lake Louise was formed in recent times.

Back to her now.  I learned, from information in Banff National Park that the beautiful green blue of Lake Louise and other Rocky Mountain lakes arises in large part from rock flour.  That is, from fine particles of sediment washing down from the mountains into the lake.  This was visible to us at the end of the lake closest to the Plain of Six Glaciers hike.

In the case of Johnston Canyon, Yorath reports that according to Parks Canada the canyon was created around 8,000 years ago.  At that time, a landslide that brought masses of rock down from a nearby mountain diverted Johnston Creek from its path.  Then, over time, the canyon, which is 200 metres deep, was carved out.

Looking down into Johnston Canyon in Banff National Park, September 2012

I alternate between contemplating geological and human time scales.  Either way, while I was in the presence of the mountains, lakes and canyons, I felt something very old, compared to my life, surrounding me.  Being part of nature in that way, experiencing that sense of time and change, was life giving.  Because of that, I hope to always draw on the memories of my time in the Rockies and to return to them again.